On November 4th, 2008, Californians voted not to allow people of the same sex to get married, even though the California Supreme Court ruled that it was unconstitutional to prevent humans of their basic right to marry the person they love.

My fiancé, Arann and I were at the Westin Hotel in San Francisco on election night, with our dear friends who worked so hard on the No on 8 campaign to protect equality for all. The huge ball room was packed with couples who were so nervous that their right to marry the person, who they loved most in the world, would be taken away. The room was thick with emotions, as we all waited and waited and waited. The numbers coming in were not good. And eventually, they told everyone to go home because we wouldn’t have an answer until the morning… but we all knew.

And today my heart hurts.

Arann and I are supposed to get married on April 4, 2009. But I called him from the airport today and said I didn’t think we should get married. And he said he was thinking the same thing.

When we first got engaged, I wasn’t so sure about the idea of having a wedding. But slowly the idea grew on us and we started to understand the importance. A wedding is not a marriage, but it is a ceremony that brings together all the love and support of everyone in your community, as you take this huge step forward.

So, the more we thought about the meaning of our big step forward, the more we felt it was important to have our community with us, as we vow to care for each other for the rest of our lives. It is especially important to us that my grandparents, who will celebrate their 65 wedding anniversary next year, are there to pass on their advice and inspiration to us.

So, we picked a day and we started making plans. A hike, followed by a ceremony, followed by a reception with a collective art show, with the theme: Advice, followed by good food and dancing. We thought that would be the perfect way to enter into the next stage of our lives as a married couple.

But as we stood there election night, surrounded by people whose hearts were breaking as they were told their marriages would no longer be accepted… we started to question why we should have the right to marry, when other people don’t, just because their body parts are the same.

It doesn’t make any sense to me. In a world of such hatred and fighting, why wouldn’t we want to encourage and support people who want to build their community? Why don’t we want to encourage people to promise to love and care for each other for the rest of their lives? If it is about God, I was taught that we are not supposed to judge, so… then let God judge, if that is what you believe.

Same sex marriages will not hurt you.

The pesticides people spray on their lawns that washes into the storm drains, and into the rivers, and pollutes the water, and kills the fish, and breaks down the food chain… will hurt you. The SUV’s people drive that consume a lot of gas and spit out a lot of carbon dioxide that heats up the planet, and melts the glaciers, and raises the sea levels… will hurt you. But allowing people to love the person they choose to love in their own homes… will not hurt you.

So, Arann and I would like to get married. We want the love and support of our community, but we don’t want to get married until everyone can. And so today, my heart hurts and my eyes are sore from crying because I have a better understanding of what it feels like not to be able to marry the person you love.

If you believe in equality for all, please take a moment and sign this petition:

Thank you for your support. 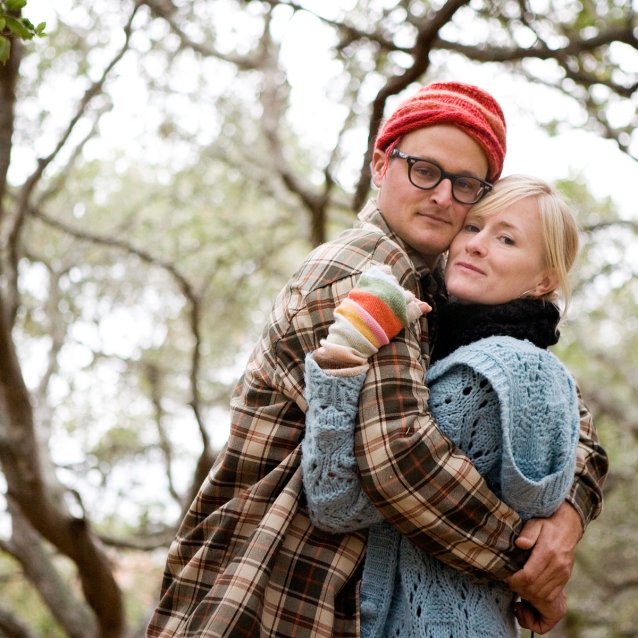 On May 16, 2008 the California Supreme Court overturned the ban on Gay marriage. I heard the report in the car as I was driving and I immediately called one of my best friends who has been working for Equality California. They are trying to get people to Vote “No” on Proposition 8, in order to legalize Gay marriage in California permanently. We excitedly talked about what this decision will mean for California and for the thousands of gay couples who could not marry the person they loved. This is a concept that makes no sense to me. Why, in this world of so much negativity, violence and suffering, why wouldn’t we want to encourage people to commit their lives to caring for and loving another person… regardless of their gender?

Well, luckily, for the time being, California is taking a stand and making it legal, and so I wanted to show my support however I could. I have been nagging my friend to please spread the word to all her lesbian and gay friends that I want to photograph a Gay wedding. Finally, Jessamyn, another photographer, contacted me and told me about the competition she held on her blog, asking gay couples to share their story and then she would pick the best story and photograph their wedding for free. She told me that she had picked the winners but that she was so bummed not to be able to photograph all the weddings…. and I said, “Pass them to me, I’d love to.”

So Wednesday afternoon, I drove to SF and met and photographed the weddings of two different couples. Here are my photographs of one of the ceremonies along with the story they submitted for the contest:

Our story: we met 22 years ago and have lived together 20 years. I was previously married and had a 4 month old baby boy when my husband died of a sudden heart attack. I met Marguerite when Michael was almost 4 years old, and I couldn’t believe how lucky I was to have found love again. Marguerite had not had a serious love affair before me, although she had been out as a lesbian for several years. We were introduced by a mutual friend–someone I had known for many years and someone Marguerite met while she was delivering the mail! It was love at first sight and we have been together ever since. I am now 63 and Marguerite is 55. Marguerite is the first-born daughter of Chinese immigrants and she has now quit the post office and is a pharmacist. My background is Southern US and Caucasian, and I have been in CA since high school. I am a pediatric nurse practitioner. We both lived in Berkeley for many years before we met and still live in our home in north Berkeley. When our son Michael was 9, Marguerite adopted him and we have been his official parents since then, although he considered her his other mom before that.

We never thought of ourselves as the marrying kind. We hadn’t been involved in pushing for same-sex marriage in the past, but during the marriages in 2004, we both realized it might be for us. We had just decided to make a date at City Hall when the decision to annul those marriages came and we put the marriage idea behind us. I told our son it would never happen in my life-time. The day of the Supreme Court decision, I just didn’t even want to know about it, because I knew the decision would be against us. I learned of the decision via e-mail while at work, and I immediately texted Marguerite and asked her to marry me. She responded yes! We both could not believe how happy we were, and how suddenly we became the marrying kind! I felt legitimized and normal–it was and is a great feeling. Our son said, “Now maybe I could someday get married,” and we found out he had decided that he couldn’t get married until we could get married.

We looked for rings and finally decided–similar but not identical bands. I wanted a new dress, and found a beautiful dark blue dress that I love. Our friends and family are so happy for us and have been really great and we are looking forward to both the ceremony and the party.

We decided on SF City Hall for two reasons–it is totally beautiful and it is totally historic. If it weren’t for Gavin, we wouldn’t be getting married at all. We have friends who stood in line for 12 and 13 hours in 2004 to get married at City Hall, and the people at City Hall were just wonderful, kind, generous and we want to honor them and the City of San Francisco by getting married there ourselves. And we love the City–we always feel we can go anywhere and be welcomed as a couple.

Thank you so much for your offer. Pictures can be so special–ours will be snapshots taken by friends and hopefully by someone at City Hall so we can get one of our whole party. It’s hard for me to express just why I think what you are doing is so great, but it has to do with that feeling of being normal and legitimate. And the positive regard from people like yourself is like being bathed in sweet warm sunlight, after having been in a dark cave for awhile. You are very kind to make this offer and I know all of us, whether selected or not, truly appreciate you. 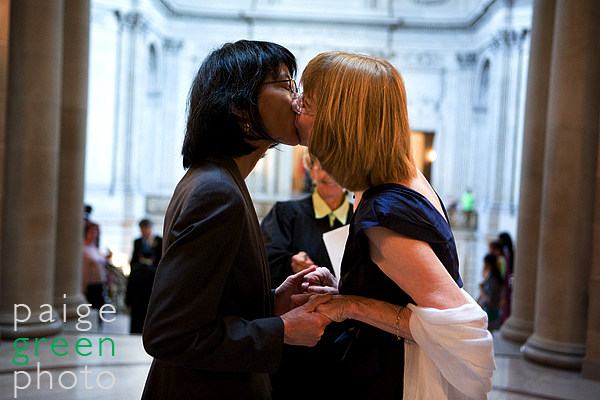 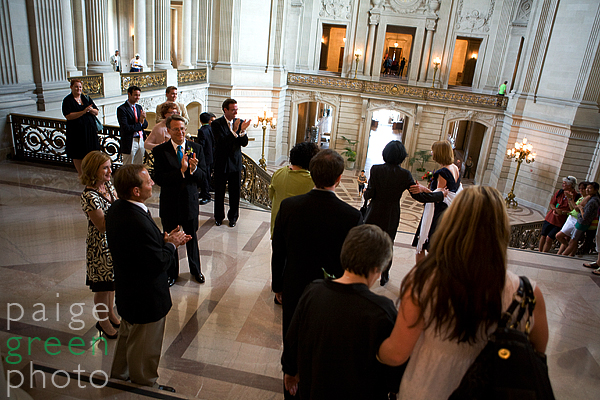 As Martha and Marguerite walked down the stairs after their ceremony, the next couple waiting to get married with their wedding party, started clapping and congratulating them. And that is how it felt the whole day. It was so fun to watch all the other couples who were there standing in line and waiting excitedly with their partners. It felt so good to be even a small part of such an important part of human right history.