First I have to say, I am so excited because last week I received two emails from mothers who saw my work on the internet and wanted to hire me to take photos of their families. Yay for the internet, and yay for internet savy mothers. 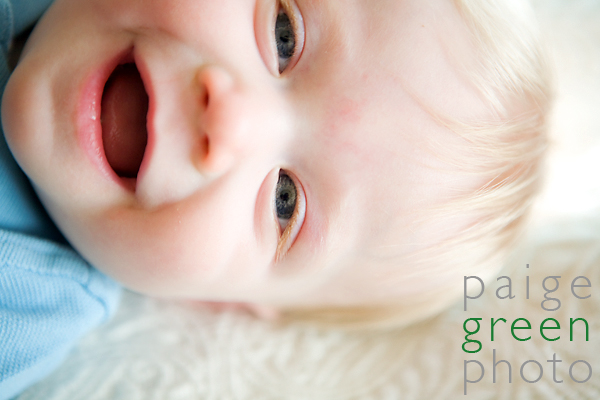 Now back to this week, these photos are from the photo shoot I did this morning, for one of those mothers. Growing up as the baby of her family, she wanted to be sure her own baby had the same amount of photos as his big sister. So we decided the earlier in the day the shoot was, the better, because having two young nappers, it is hard to coordinate happy moods later in the day. Since my favorite time of day, the late afternoon, was out of the question, I was worried, because to get good sunlight in the morning, you have to start really early, and there was no way any of us wanted to think about photos before 7 am, so we decided on 7:30…. which for those of you who know me, that’s still very early.

But I managed to get there, with even enough time to look around for a good outdoor spot… which happened to be the dirt bike course near their house. So we played in the shade there for awhile, and then we came home and played downstairs for a bit…. and right before I left I decided, just one more… just one more spot…. and so we all went back to bed. 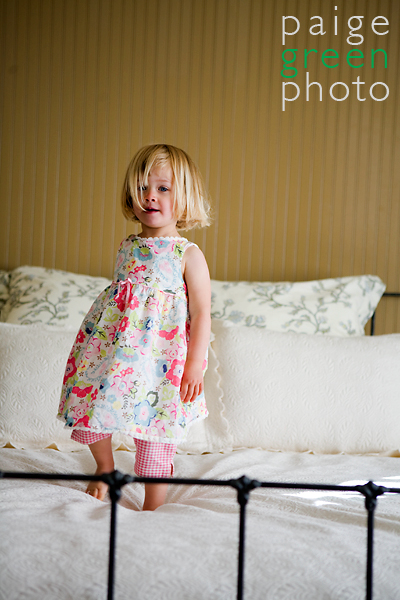 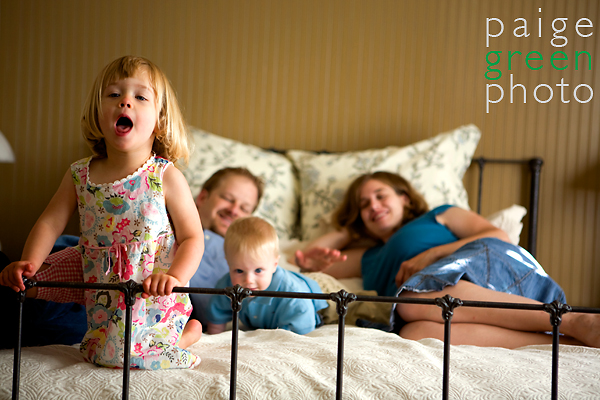 And as a kid, there is nothing better than cuddling with your parents in their big comfy bed… so it is not surprising that these are a few of my favorite photos of the day…. although it was really hard to choose.