It has been a busy seven months for this little one since the last time I saw her. She has learned all the usual stuff that babies have to learn… like how to hold her head up, and to sit up, and to roll over, she has a couple of teeth now, and she is practicing standing while holding on tight to mom and dad’s hands. But Elena has an extra challenge that she has to learn how to work with.

When Elena was born, Elena didn’t pass the routine hearing check that the doctors ran. The doctors said not to worry, but to check her ears again at her next visit. After additional tests, the doctors eventually told Rich and Susannah, Elena’s parents, that her hearing is severely impaired. No one knows yet why it happened or how serious the damage is, and the solutions for correcting impaired hearing are not easy… but because the doctors were able to catch it early in her development, Rich and Susannah will have a better chance of helping her have a normal hearing and speaking life.

After Rich and Susannah found out their daughter could not hear, they started learning sign language and teaching her signs, and they got her her first pair of hearing aids when she was 4 months old. The first day they put in her new hearing aids, their dog, Rudy, had a new squeaky toy that he was enthusiastically chewing. As soon as Elena could hear for the first time, she heard Rudy’s squeaky toy, and she started laughing and laughing and laughing. Rich and Susannah had never heard her laugh like that before. They laughed and laughed and cried too. 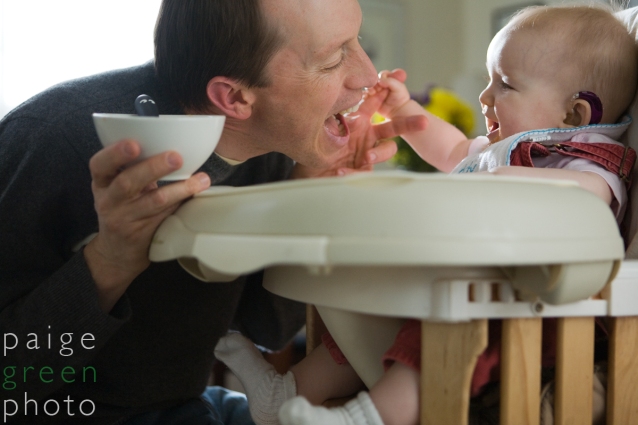 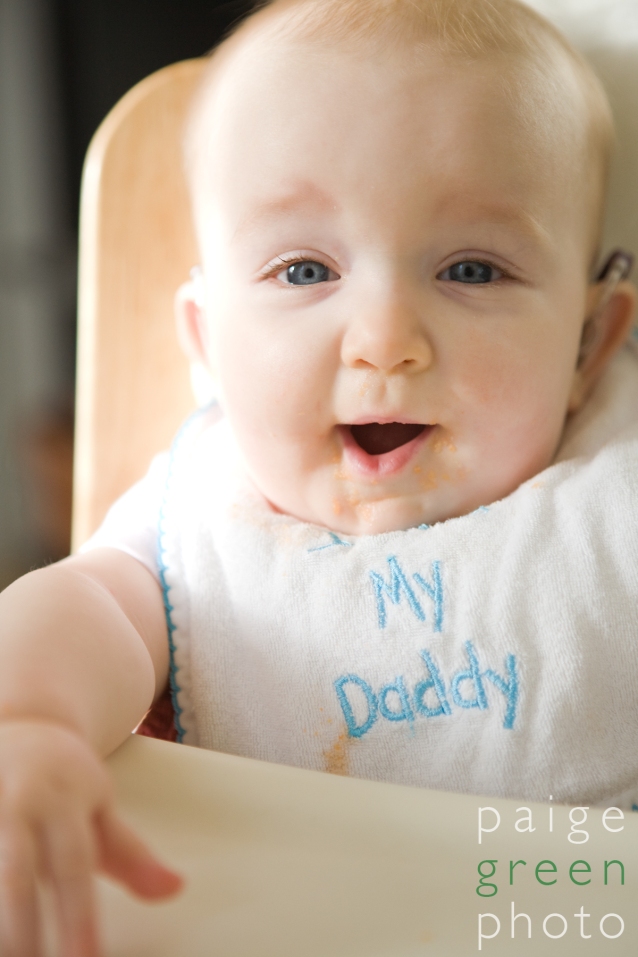 I learned a lot from Rich and Susannah about what options are available for children with hearing impairments. Cochlear implants are better today than they used to be, but there is still a long way to go in repairing hearing loss. Rich and Susannah are hopeful though, especially now that we have a new president who is in favor of stem cell research. Their doctor told them that in 10 years scientists and doctors may have a better solution to help their daughter hear… and not just hear people talking, but so she can hear music too, like the other children her age. 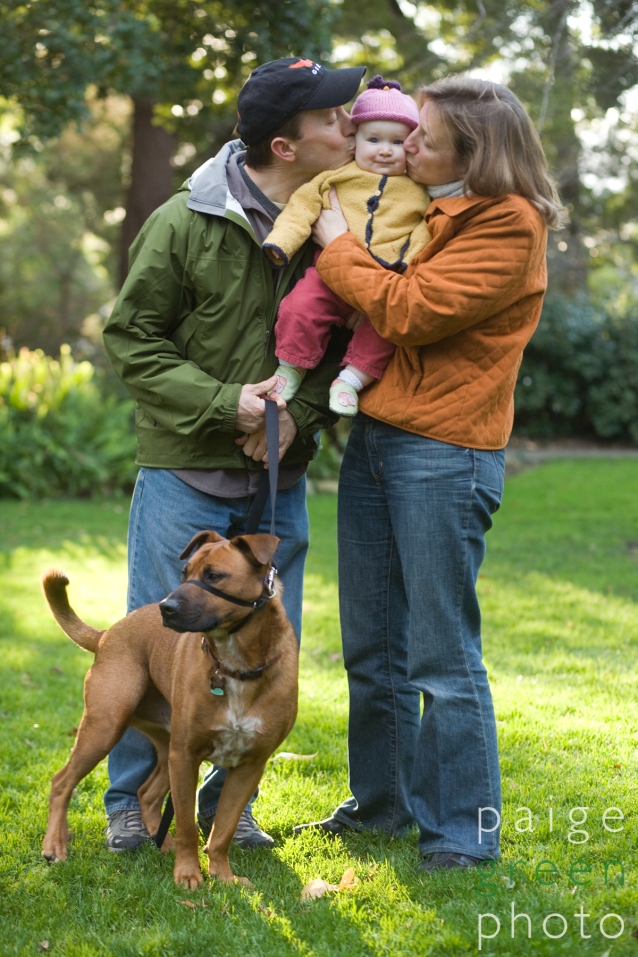