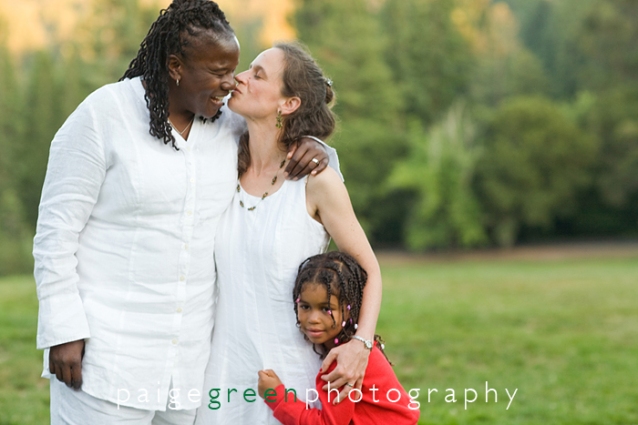 Dora and Emily got married on July 19th, 2009 in front of all of their friends and family at the Brazil Room in Berkeley. By choosing to get married, Dora’s two children, and Emily’s one child, now have two moms.

I have photographed a lot of weddings, but this was the most amazing wedding I have ever seen. It wasn’t because of the dress, or the shoes, or the flowers, or any of the other details that we easily get lost in. It was because of all the love, the acceptance, and the incredibly beautiful children who saw nothing wrong with two women, of different races, getting married.

Their wedding gave me so much hope for the future. And this week, after hearing Judge Walker’s decision on Proposition 8, the proposition that denied same sex couples the right to marry, I was filled with hope all over again.

I don’t know how anyone can look at this photo and tell me that these people should not have the right to be legally recognized as a family. If only all children were raised in such a loving environment… the world would be a much better place.