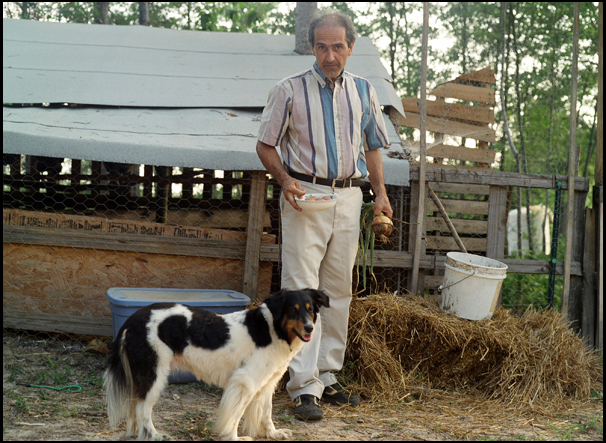 This is Aaron, my sole representative of Christian Exodus, so far. He moved to SC a year ago, he packed up what belongings he could, including his dog, in a minivan and left his home state Maryland. This was after his initial attempt to bike down as a publicity move for CE. Aaron only made it 60 miles before he learned that CE would not be able to support him after-all and so he turned around and biked home.

This could have served as an indicator for Aaron that CE might not be the well organized and supportive community he was hoping for because he has been disappointed with the lack of community and support he has found from CE thus far. Which he believes is because the leaders have yet to move from California to lead the community they are supposed to be building and also because it is not easy trying to organize separtists who do not like to be told what to do. He says he is just like a Mennonite man but without the beard and more political. And to be more specific, he calls himself a:

Mennomessiocostalbapterianmethoquakerist. He wants to live off the land as it says in the Bible.