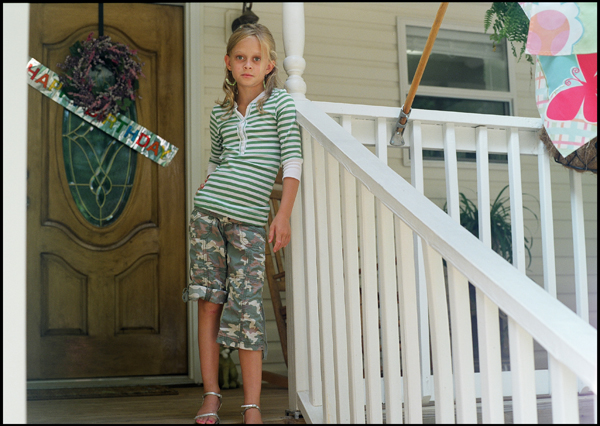 This is Taylor. She just turned 10 and for her birthday she wanted to have a boy-girl dance party. Her favorite presents were a razor to shave her legs and a toothbrush with a picture of a new boy-band singer who sings when you brush your teeth. She is wearing her new favorite clothes she got for her birthday. 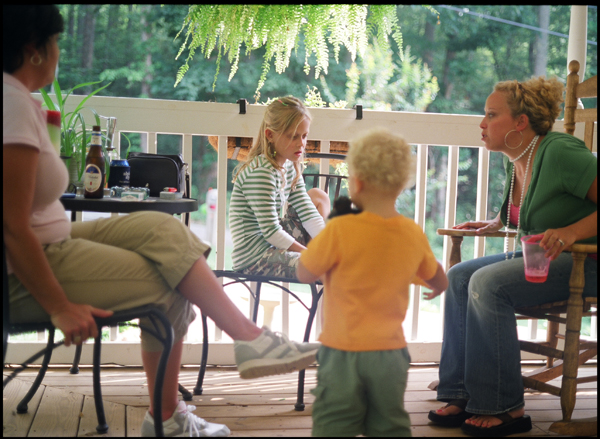 Unfortunately the party was not a huge success, because it seems 10 year old boys are not as into dance parties as 10 year old girls and so Taylor spent most of the time upset that her boyfriend was not acting the way she wanted. And by the end of the party there was a rumor that he was going to break up with her which made her upset because she really wanted to have a boyfriend for the fifth grade. Taylor’s mom (left) and step-mom (right) tried to make her feel better by giving her their relationship advice. 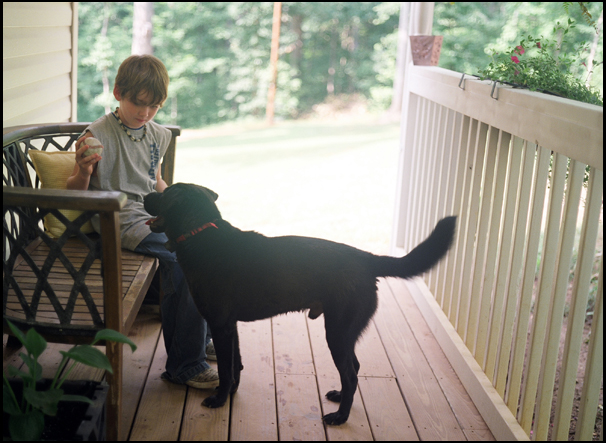 Moments later the grandmother’s ex-husband, who she is dating again, rough-housed with this dog until the dog bit his arm and made him bleed.